Once again, It is all change at the top of the Sunoco Whelen Challenge and Sunoco 240 Challenge standings, with only a few points separating the top of both after an enthralling few weeks of racing.

It is still almost impossible to tell who will come out on top to win those Rolex 24 At Daytona and BMW Endurance Challenge At Daytona drives as the thrilling battles to lead the standings continue.

BRDC British Formula 3 Championship drivers continue to remain the focal point of the Sunoco Whelen Challenge. Series leader Clement Novalak returns to the top of the standings thanks to a podium finish in Belgium.

Hot on his heels is rival Ayrton Simmons who had an outstanding weekend at Spa-Francorchamps, taking a win, a podium, and two pole positions, which puts him right back in contention with only one and a half average points separating him and Clement.

A difficult weekend for Johnathan Hoggard has pushed him into third place despite his perfect point-scoring weekend at Donington Park, but a strong trip to Brands Hatch could change that quite quickly. Jonny Cocker, in the British GT Championship, is only two average points behind Johnathan after he finished seventh in GT3 at Spa, with Seb Priaulx fifth after a sixth-place finish in GT4 in the same contest. It could not be closer in the Sunoco 240 Challenge where Cian Carey holds onto the lead despite no track action over the last few weeks. However, it remains an extremely tight fight for the top spot as Robbie Dalgleish closed the gap to Cian with only 1.96 average points between the pair after the Mini Challenge Cooper Pro driver stood on each step of the podium in three races at Brands Hatch.

Toby Goodman has vaulted himself into third place after a superb weekend in Kent as well. He took two wins and a third place, as well as a pole position, to move 0.12 average points ahead of Dominik Jackson, who bounced back from a DNF in race one at Oulton Park to take a win and second place in the Radical Challenge Championship, keeping his hopes alive.

Another driver on the move is British GT Championship competitor Kelvin Fletcher. He leaps ahead of Scott McKenna, who has not raced in the previous few weeks. Just five average points cover fifth to 11th in the standings, so a strong weekend for Jerome De Sadeleer, Nathan Harrison, Rob Keogh, James Gornall, or Alastair Barclay will bring them right back into the mix. 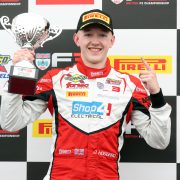 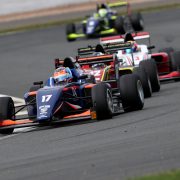 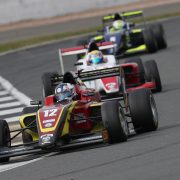